Not the boss of me!


Ok so yes, no one tells us what to do and we are the manifestors of our own destiny, the determiners of our future, and no government or rich politician or power-hungry cabal or wrong-headed parent is going to mess up our lives, by golly.

Power to the people and we’re not going to take it anymore and yada yada etc etc.

And yes it’s terribly important to have “ownership” of our past choices. (this sentence lifted directly from a friend’s very earnest facebook post this morning.)

Because if anyone knows what's right, it's us. So we have to hold on tight to the ability to make things as we see fit.

Never mind that once we believe we’re responsible, we have to fight everything that tries to wrest command away.

We have no option but to shake an angry fist and furiously scream at whatever may dare attempting to take it out of our hands.

But "no option" means we are actually, y'know… powerless.

It could be that, in our heart, we know …

There has never been any power in our hot little hands.

Whether sitting in school, or forced to go to the dentist, or to eat the broccoli at dinner, or to drive on one side of the road. Whether stopping at red lights, or drinking water, or eating food, enjoying electricity, sitting still at church, getting up each morning to be “productive”, working a job whether liked or disliked…

No matter how it seemed….

Someone or something else has always been the boss of us.

All that was also out of our parents’ hands, so no point in blaming them.

Today even the “free-thinking” that we are so proud of, is ruled by whatever sources happen to fit with our personal mental filter.

And that filter is out of our control too.

So while we love the idea that we are empowered, or perhaps newly evolved, or newly working an ability to effect change in this world, in actuality none of this is a new development. It’s not brought on by current politics or financial systems or 5G or vaccines or AI technology. There is no more control over us happening today than ever used to happen before.

Since humans have been “civilized,” going back tens of thousands of years, there have been some who appeared to have more power than others, some who had more apparent possessions, some who lorded it over others and used them, very often unkindly.

And though they didn’t know it, those apparent enjoyers of dominance and control had none either.

Because though everyone has always hated this, still for absolutely every human with absolutely no exceptions,

the breath happens on its own timetable. The heart beats until it doesn’t. Life comes and goes as it pleases. Nice things happen regardless of any person’s hopes and dreams. Painful things happen despite anyone’s careful planning.

Now I realize my saying this might make a lot of folks reeeeally angry. How dare I let anyone off the hook and not hold people responsible for all the terrible things going on?

And of course there’s no need to agree with me. If it works for you, feel free to demand the right to be personally responsible for all the mistakes, all the idiocies, all the pains humans have inflicted for millennia under guise of being in control.

And though it pains me to even write this, of course if it works for you, continue to fight fight fight against what is completely inherent and unchangeable in this human existence.

Rage and shake a fist to the sky and yell at the gods and powers that be, to let them know of your personal displeasure and non-compliance.

At least all that fighting, fury and froth drums up plenty of adrenaline, getting everyone high as a kite on drama and selfhood.

At least the mind gets a project and an obsession and an absorption in itself and its ever-so-interesting experiences.

Because yes, the mind is completely delighted, completely entranced, by this idea of controlling what happens.

Although let’s face it, none of this is fun. In fact it’s misery-making to insist on throwing fists at what can never be changed. Exhausting actually, plus full of failure, guilt, shame, rage and unhappiness.

There is at least one possible alternative, an almost-never-considered option. We could consider accepting what is non-negotiable, surrendering to what is happening anyway, allowing a bit of peace with What Is, since it is What Is anyway, fought or not.

Naaah. Come on. So dull. So boring. So uninteresting to the mind.

That’s just lying down and taking it like a dog. That's not nearly as exciting as huffing and puffing and being filled up with personal responsibility.

Having no free will is such a drag.

I mean, if we accept What Is, how can the sense of self remain puffed up with its own importance?

We can't pull the plug on its furious hot-air power-source. Can we?

That would be downright… deflating.

Turns out, accepting that not one whit of it is up to us- lets the air out of the self.

Naturally this is unacceptable to mind.

“What will become of me, then?” it frets. “I’ll get walked on, ignored, things will happen I don’t like, I’ll be dissatisfied.”

Because as it happens, surrender or fight, life goes on just as it always has. Continuing to do as it sees fit.  Continuing to give humans an experience which somehow includes the silly delusion that we are in control.

So no, we never have to stop, we can continue pretending to hold on tight to personal power and responsibility.

It’s just so much easier to let the air out of the fight.

To let the air out of the self.

I am highly recommending. And I can’t help wishing that life might allow this for everyone.

that not-me is already the Boss.

Of me. Of you. Of what happens.

And there just doesn’t seem to be anything

for any one person to gain


"You need not do anything.
Remain sitting at your table and listen.
You need not even listen, just wait.
You need not even wait, just learn to be quiet, still & solitary.
& the world will freely offer itself to you, unmasked.
It has no choice, it will roll in ecstasy at your feet."
--Kafka 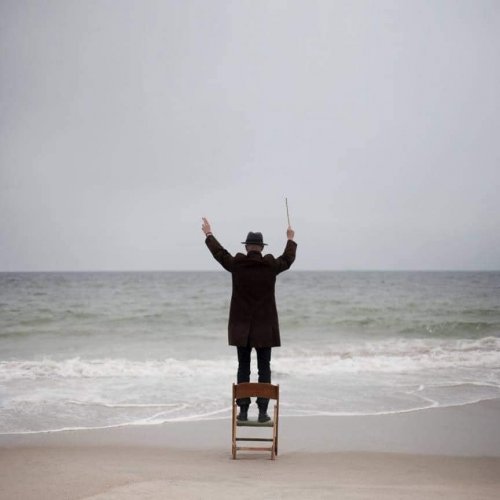