“Someone who's fake is someone who acts one way around their family and their close friends, but once they get out in the public, they're this whole different person.” --Danielle Bregoli

"Do you know that the word 'person' means 'mask'? The 'persona' is the mask worn by actors in Greco-Roman drama....
So How to be a real person equals How to be a genuine fake."
--Alan Watts

Gosh how does anyone begin to answer that question? Because really, how would anyone know?

I mean, the question can’t be answered without the word “sometimes,” or without situational context.

That Real You thing is so dang changeable.

For instance, you're smart. Well, when you're not being dumb. Adorable, when not a pain in the butt. Angry sometimes. Kind sometimes. Loving sometimes. Social sometimes. Honest, upfront and direct. Except when you’re not.

The Real You appears to be less of a real thing, and more of a Blow-In-The-Wind thing.

Still, plenty of spiritual and self-improvement gurus tell us to be authentic and true to what we are. We're told it's critically important to our well-being and our ability to live with ourselves.

And certainly we believe. Courses, retreats and books about how to be authentic are big business.

So it might be nice to know what “authenticity” means. Since it's a health requirement and all.

Does it mean we’re supposed to state, out loud and up front, whatever thoughts and feelings are happening to us in every moment?

Cry when we’re sad, yell when we’re angry, finger-point, judge, criticize, or disapprove, out loud when that’s what’s “true for us?” (“Hey sorry you don’t like it- I’m just being real.”)

Without editing? Without any judicious keeping things to ourselves?

Imagine if everyone did that.

It's also hard to imagine that reality or existence has any need to see 8 billion humans “express” themselves authentically.

Isn't it weird that the self requires an outward display, particularly of inner thoughts and feelings, in order to be “true?”

That's a funny kind of truth.

Since it requires a show.

Besides, even if being a legit self that puts itself out there at all times was desirable, would it even be possible to express every thought and feeling?

There are so many; they are so fast.

So every thought and feeling can not be expressed.

That means then, by necessity, that there's editing going on.

We’re presenting an edited version of ourselves to the world.

That is display. Presentation.

That’s not real, that’s a representation of real.

None of which is authentic.

Now right about here, you may be saying, “Oh please, I know I’m authentic by how I feel.”

Which really means, “Sometimes I have a feeling I like better than another, and I name that feeling, “authenticity.”

As if liking a feeling makes anything literally, legitimately, true.

As if thoughts, busily sorting experience into Real and Not Real, actually create truth, simply because they show up.

“This, not that, is the real me. I know this. Because I think it. Because I feel it. I can tell.”

Though as all clever Mind-Tickler readers are aware, thoughts lie.

And no one can live up to an unedited, idealized version of how we are supposed to be, and actually be real.

Since ideal is fantasy. Fantasy is the opposite of authentic.

We keep trying though.

Trying to act like, pretend as if, the personality, that Varies-With-the-Situation idea, is what we are.

Perhaps this is why “Fake it till you make it” is a thing.

And why imposter syndrome is so rampant.

And there is no one authentic anyone.

Because it’s not possible to authentic-ate, legitimize, or confirm a wispy, variable, nowhere-to-actually-be-found, self.

No person is a true self.

Thankfully, knowing this turns out to be freeing.

Since pretending to exist as something not real generally doesn’t feel too great.

Thinking that the show is real-life is crazy-making.

to see that these selves are all

No matter how we feel or what the mind calls "real",

we are always genuine fakes.

So if we really do want be true to ourselves,

we can start by authenticating

Watch Judy on Buddha At The Gas Pump.

"What you are basically, deep deep down, far in, is simply the fabric and structure of existence itself. And you’re ALL that, only you’re pretending you’re not."
--Alan Watts 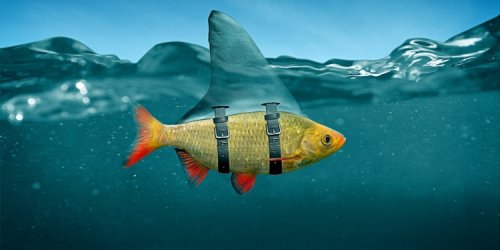